Last Halloween I made Julian a lion hat, a bear hat for myself, and painted my husband's face as a tiger.  (Lions and Tigers an Bears--oh my!) 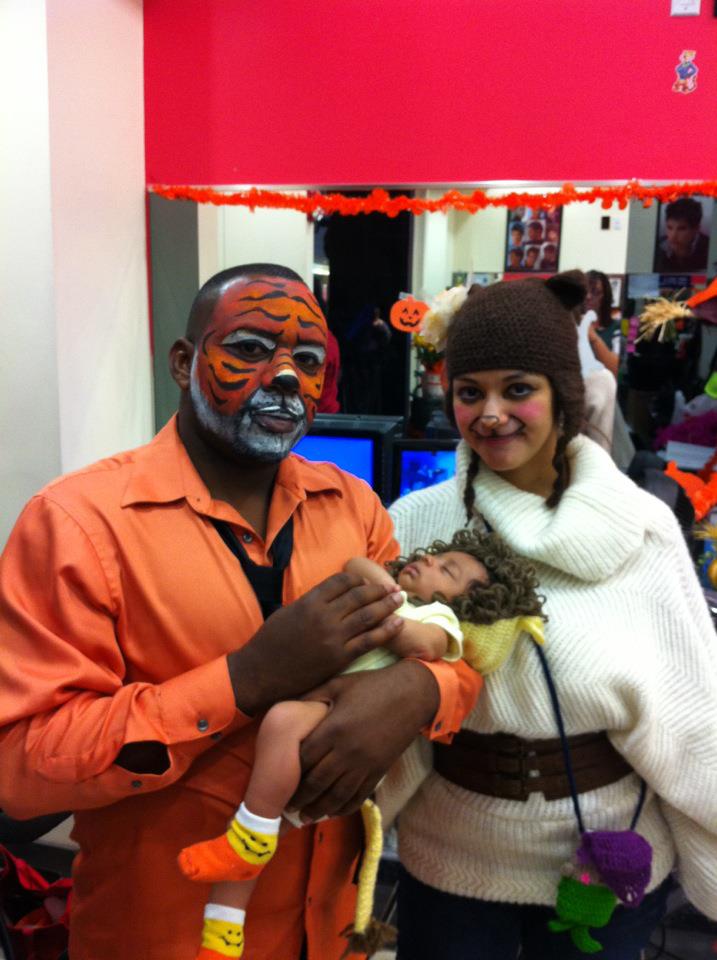 This year I wanted us to go as Adventure Time characters, so I crocheted a Finn hat and bag for Juju, and a Jake hat for my husband.  I decided at the last minute to go as Cake, so I'm currently still working on mine, but here's a sneak peek at this year's costumes. 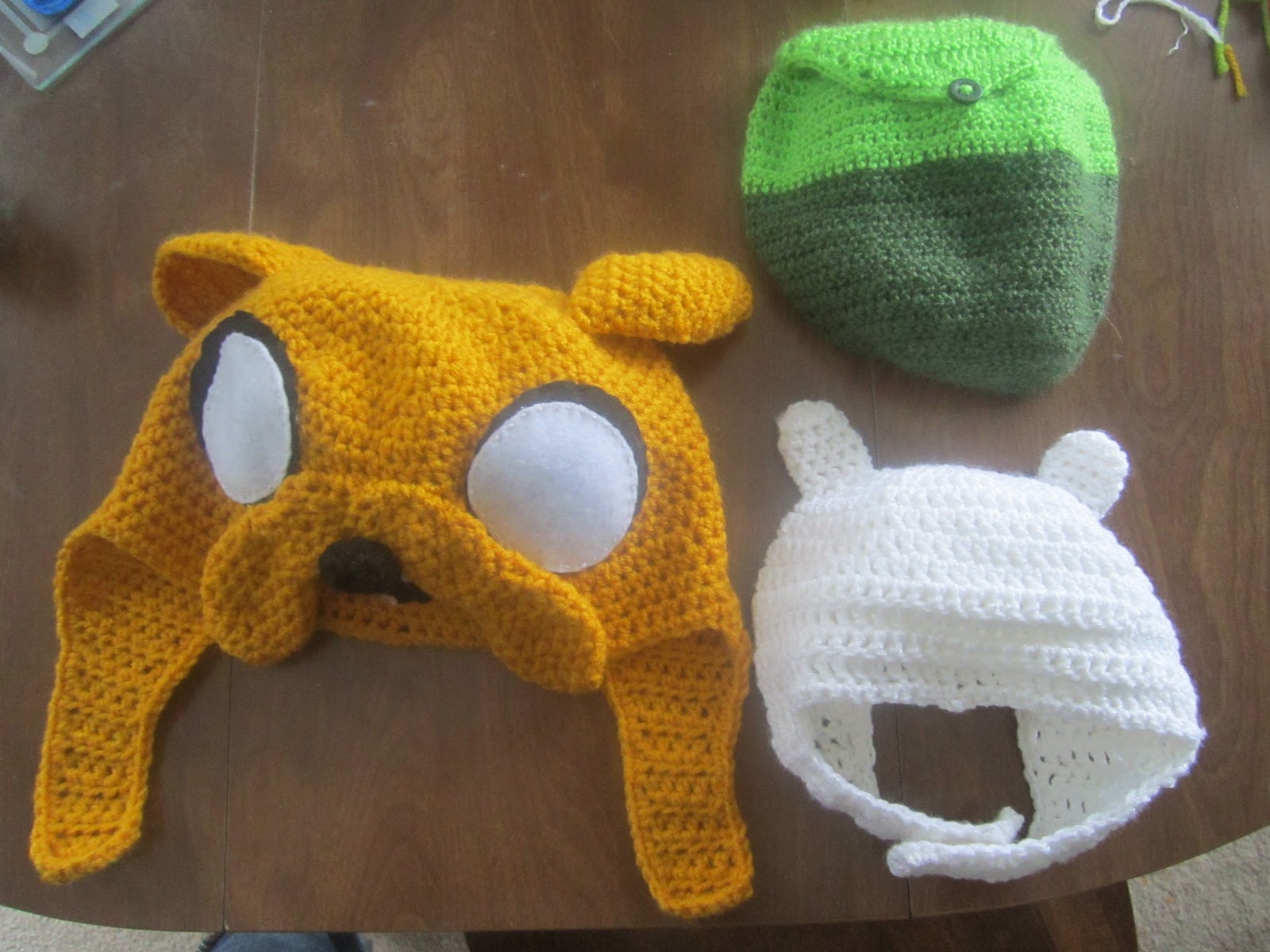 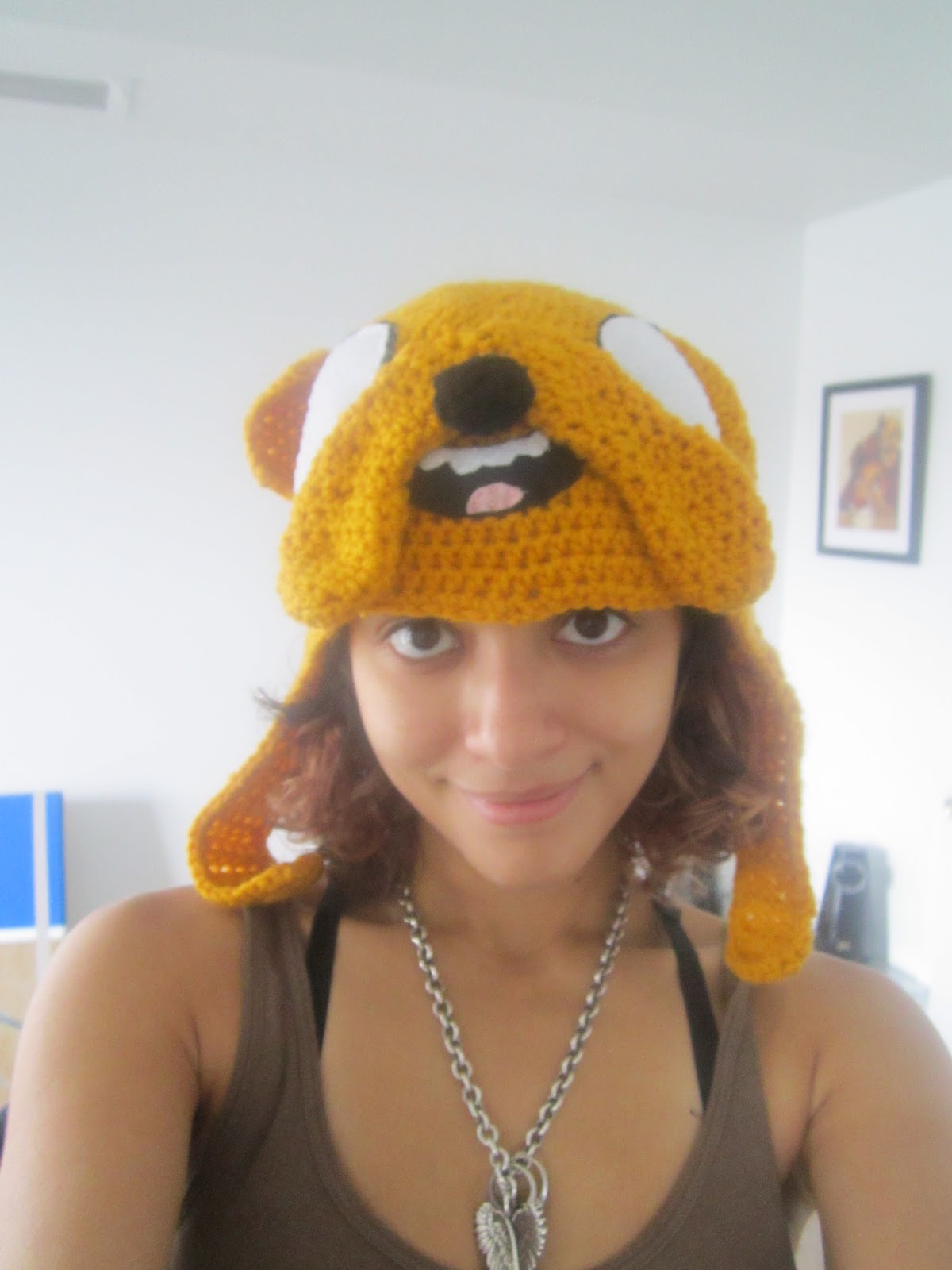 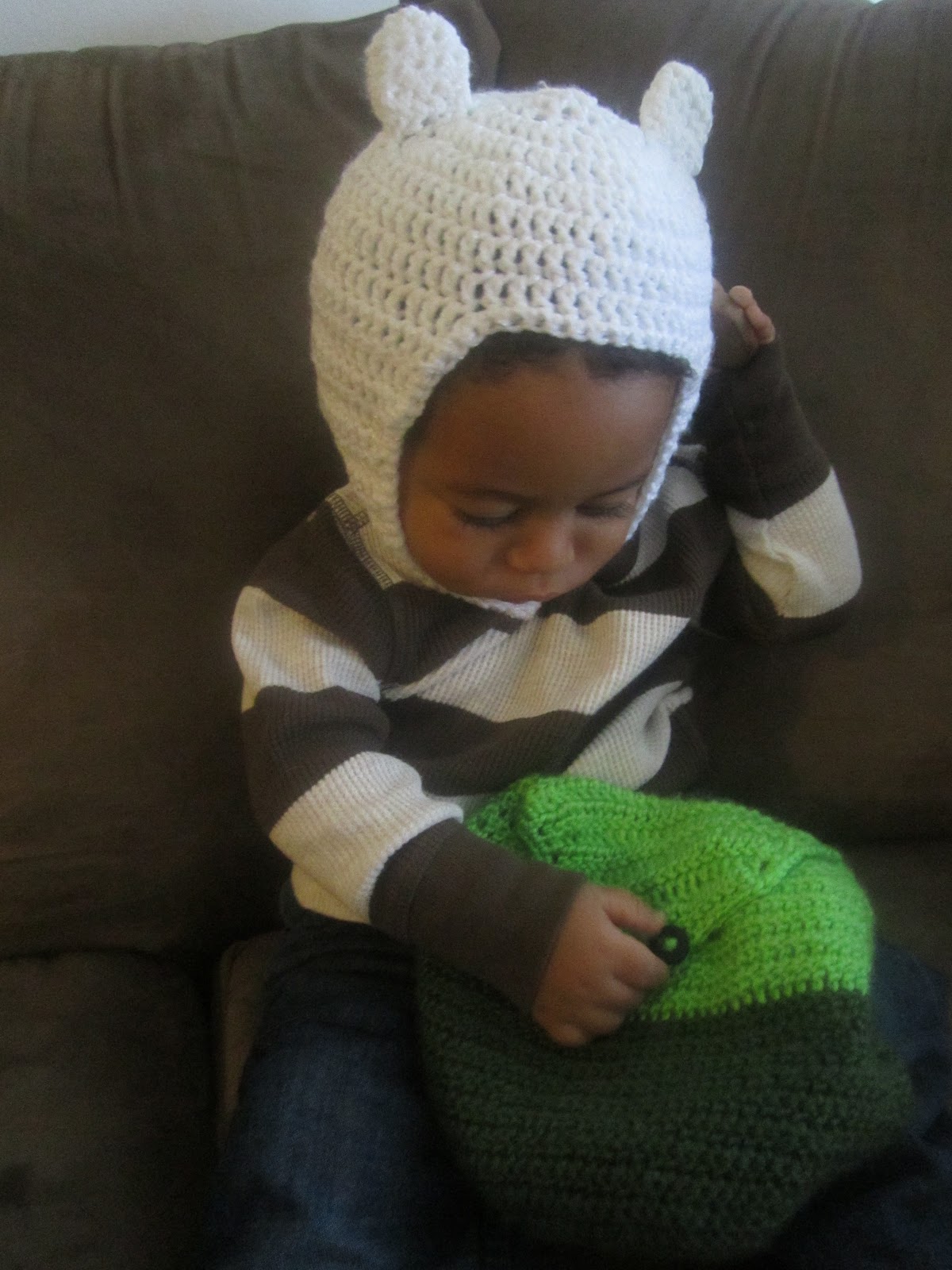 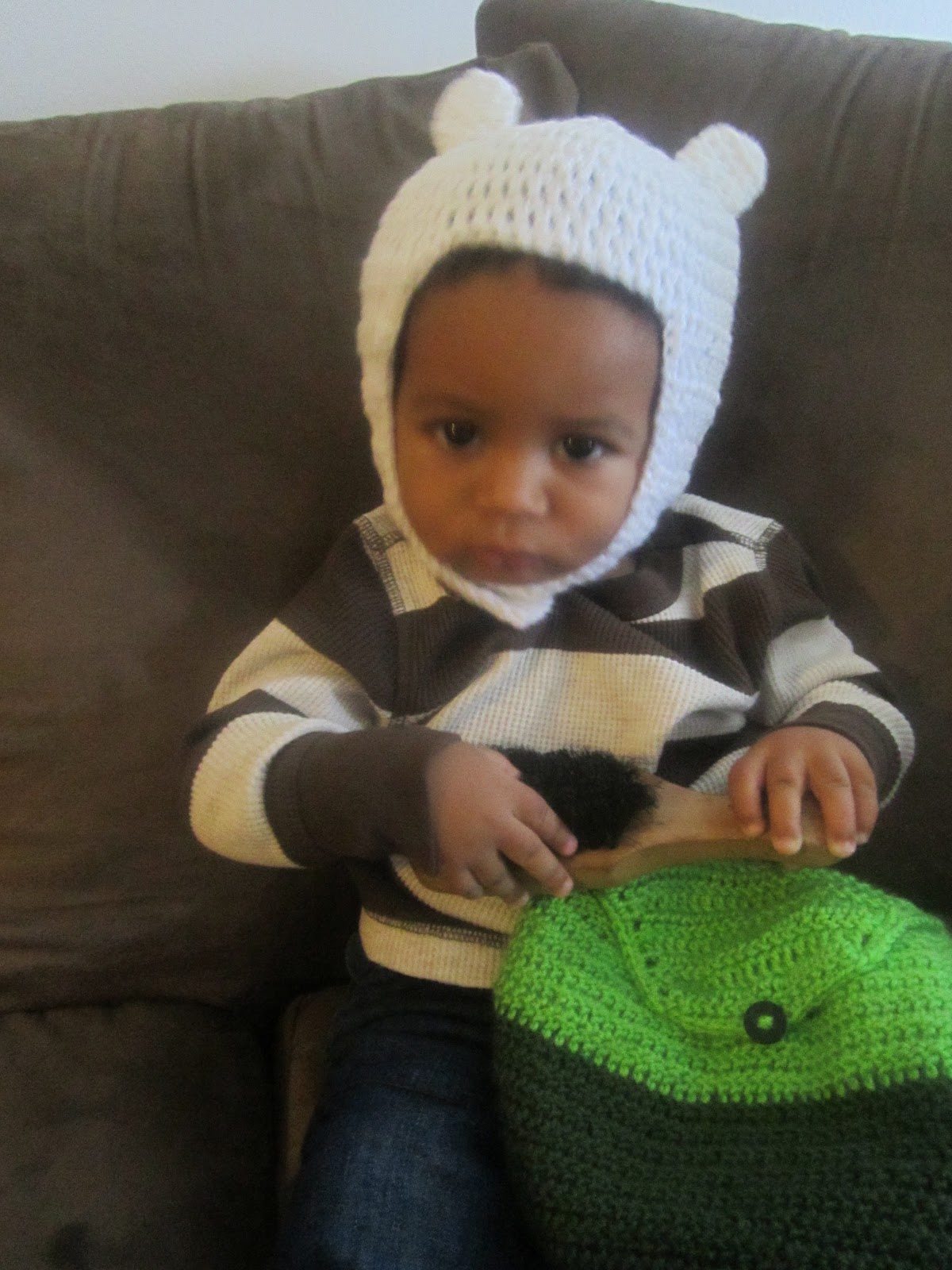 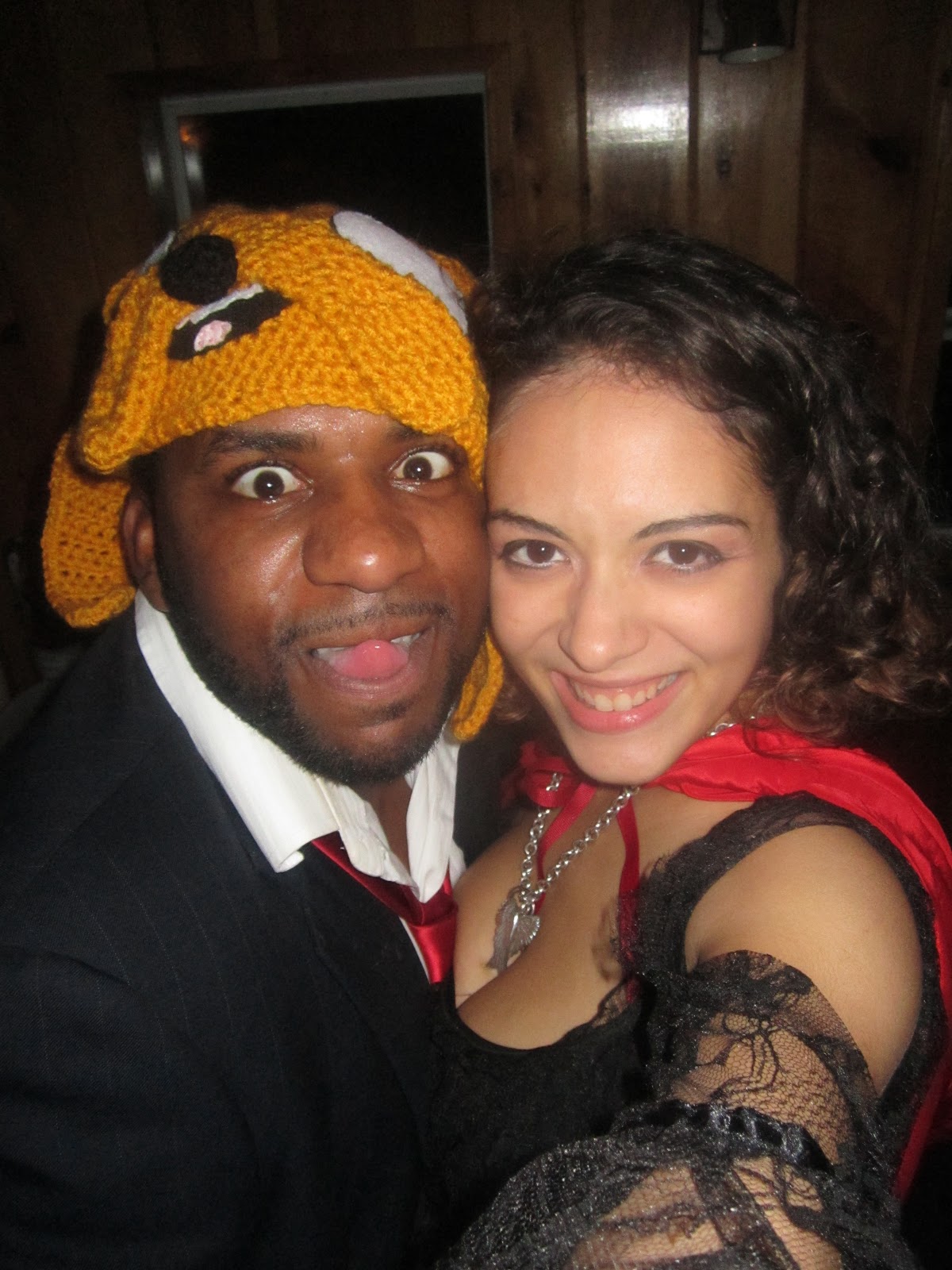 Email ThisBlogThis!Share to TwitterShare to FacebookShare to Pinterest
Labels: About Me, Halloween