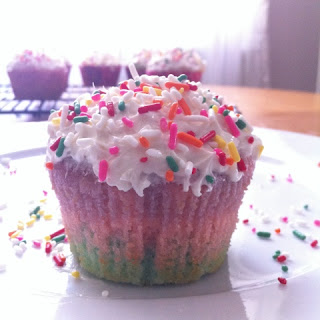 For my birthday this year my sister and I had fun making rainbow cupcakes. Below are some pictures of what we made and tips & resources on how you can make your own!

We used this recipe as inspiration for our cupcakes. 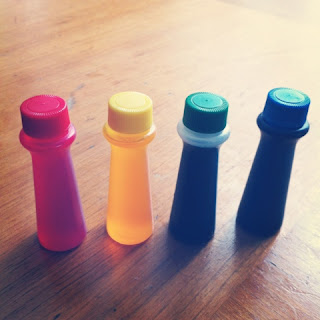 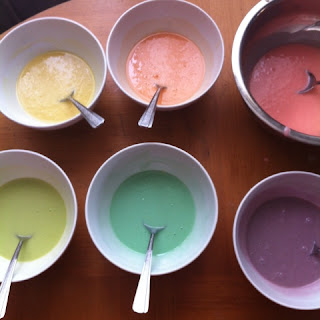 First we made our dough then mixed in the food colouring.  The recipe we were following called for bold solid colours, but I really wanted pastel girly colours, so I used much less food colouring.
Red: 4 drops red
Orange: 2 red 2 yellow
Yellow: 3 yellow 1 red
Green: 3 green
Blue/Green: 3 blue
Purple: This colour took several tries to make, I used a lot of red drops and a lot of blue drops, until I had a shade of purple I really liked.

If you're baking with kids, let them mix the colours to see how colours are made. :)
I had a blast mixing, so I know kids will enjoy it too. 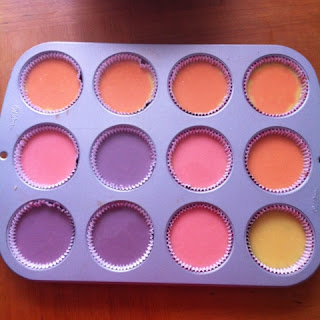 We realized too late the recipe we were following was for MINI cupcakes so we didn't have enough to make perfect rainbow cupcakes.  So instead we mixed a bunch of random layers by pouring a layer, letting it sit, then carefully pouring another. 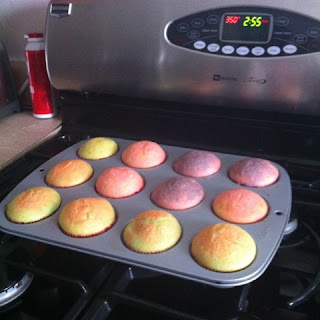 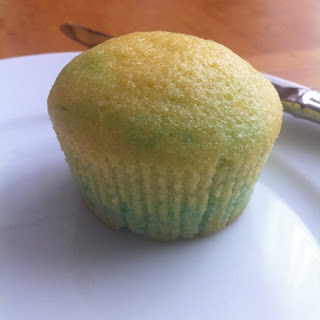 The colours of the cupcakes looked so cool once they were baked! 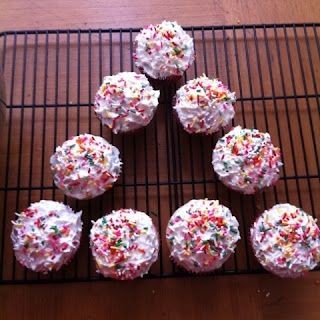 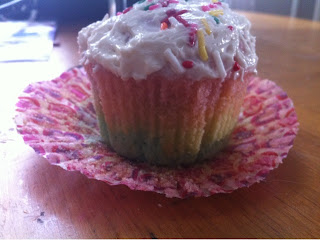 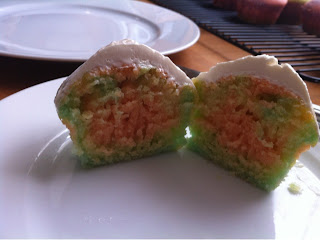 The outside of the cupcakes looked like rainbow layers, but the insides were tye dye! 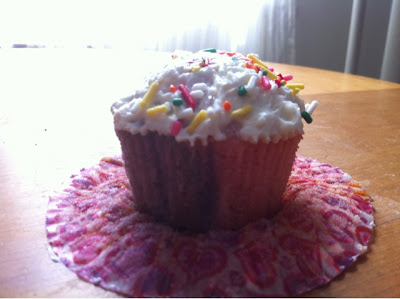 This one was really fun to make.  My sister had the purple dough, I had the pink and at the same time we poured it in the pan so half would be pink and half would be purple.  It turned out great!
Posted by Meany Mommy at 2:29 PM